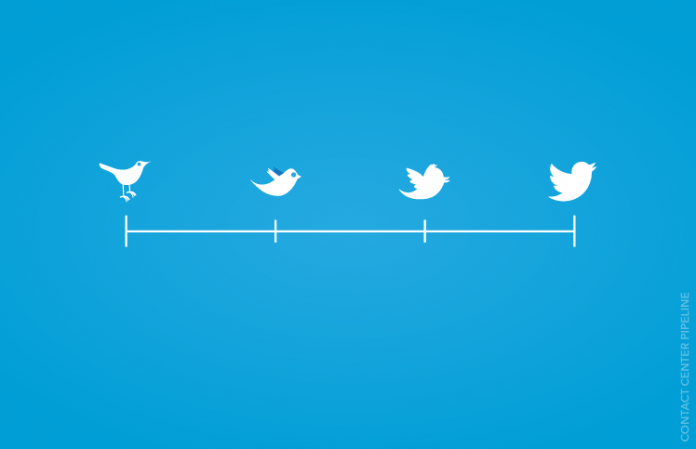 Social customer service has come a long way since I first wrote about it in Pipeline eight years ago (“The Impact of Word of Mouth in the Web 2.0 World,” June 2009). There have been huge leaps forward in awareness, mindset and technology, despite some lingering challenges that businesses as yet have failed to address effectively. Sometimes it’s useful to take a look at the past to see how far we’ve come, and how much further we have to go.

Take Twitter, for instance. I joined the social network in April 2009 purely as a short-term experiment. It had launched two years earlier, and I wanted to understand what it was and how I could use it. Much of what I saw at the time were tweets about what individuals were wearing, eating or looking at, or who they were hanging out with, about to meet with or had just met with. Needless to say, the postings seemed pretty random and not at all useful. I was also reasonably sure that no one really wanted to know whether I was standing in line at Starbucks, nor would want to see a photo of what my Caffè Latte looked like. To be honest, I never would have imagined that, eight years later, I’d still be on Twitter, much less posting on a regular basis.

In 2009, less than half of U.S. adults participated in social networks. It was new territory for businesses, as well. Many companies didn’t have Twitter accounts and those that did primarily used them to send out promotional tweets from marketing staff. Still, there was a handful of early adopters who quickly recognized the value of social media as a customer service channel.

Best Buy embraced Twitter early on by encouraging consumers to pose tech questions to its Twelpforce, which was staffed by Best Buy employees from various functions who volunteered to answer inquiries that came in through the “Ask Twelpforce” feed. Each response was tagged #twelpforce, which allowed the company to track the number of inquiries, average response time and how frequently individual Twelpforce members contributed (see “Getting Social with Customers,” March 2010).

Another trailblazer in providing social customer service was Comcast, whose digital customer care initiative was led by Frank Eliason. In early 2008, Eliason established a team whose role was to reach out proactively to disgruntled customers through blogs, forums, Facebook, YouTube and Twitter (see “Inside View: Comcast Digital Care,” August 2009).

With Twitter, Eliason recognized that the channel’s immediacy was also one of its key benefits for the contact center. It acted as an early warning system that allowed the cable TV and internet service provider to get ahead of potential customer service problems. For instance, by monitoring the feed, the Digital Care team knew about outages that occurred within minutes and could update the IVR and inform the contact center well before the call volume began to spike.

Eliason’s social customer service approach was also unique in that all members of his Digital Care team came from contact center and service functions within Comcast. It was a move that most businesses would not have considered at the time. Social media generally belonged to the marketing department, and many execs were reluctant to allow frontline service staff to interact directly with customers in such a public forum.

Fast Forward to 2017: The Current Landscape

That was then, but what about now? How far have businesses advanced when it comes to providing customer service via social channels? Since his days at Comcast, Eliason has gone on to develop social, digital and CX strategies for Citibank, published the best-seller @YourService and is now an independent consultant helping companies to develop strategic initiatives for navigating the changing digital landscape.

Eliason says that a critical change over the past eight years has been the recognition by business leaders that social media offers valuable data for driving innovation across functions to deliver an optimal customer experience. “To gain the greatest value, we have to stop looking at our businesses internally from within various silos,” he says. “This is not how our customers see our organizations. Instead of competing with other internal business units, we should work to create the greatest company and products possible.”

Integration across functions is an area for improvement and should be a priority item, according to reputation management and social service expert Daniel Lemin, author of Manipurated, and head of consulting at Convince & Convert, a digital marketing and customer experience strategy firm. “Most companies today provide at least some form of social customer care. It may differ from one company to the next, but it’s common for businesses to be active at least on Facebook and Twitter. It’s an improvement to the customer experience, but more work remains to be done. In some cases, the individuals assigned to respond to customers on social media are not in customer service roles. They might work for an agency or another non-service function at the company, creating a gap in the customer experience.”

Part of the problem is that many business leaders still view social as a marketing function and not a customer service channel—and much of the early technology to monitor social media helped to facilitate that view, says Tim Montgomery. “We used to preach that we need to provide customers with their choice of channels through which to contact the business, and companies started building products around new channels. Social is different. We’re starting to see companies rethink the way they offer channels. The idea now is to meet the customer where they are—in their social worlds,” he says. Montgomery is the founder of the consulting firm Alamo Cloud Solutions and a board member of HelpSocial, an integrated platform for customer care and social media. “Once companies realize that it’s more profitable and cost-effective to meet the customer where they are, we’ll start to see more investment in tools to help bridge that gap,” he says.

“The tech is still evolving,” adds HelpSocial CEO and Co-founder Matt Wilbanks. “It’s still mostly dominated by marketing platforms, but larger brands are realizing the value of integrating the capabilities needed with their customer service departments. The biggest impact on the approach today is probably the leadership back of the programs. With that support, teams are able to hire more people, invest more in training and work to optimize processes with better technology.”

Social is a highly visible platform, which makes it evident to consumers when companies don’t have a social service strategy in place. For instance, some businesses with active service-related profiles on social media use it as an entry point for making contact with customers and then send them back to more traditional channels like phone, email and chat to get their complaints resolved. It’s a frustrating cycle for customers, who tend to turn to social channels after experiencing a service failure in another channel.

Fortunately, many companies are now recognizing the importance of the user experience, both from a customer and agent perspective, says social customer care consultant and trainer Guy Stephens, although he adds that there is a long way to go. “Having a true user lens is not easy,” he says. “Taking a service design approach has enabled companies to understand that a process or system is not an experience.”

Stephens points out that the public nature of social media has forced companies to adopt a different mindset about where, how and how quickly knowledge is being shared—which, for him, has been one of the most profound changes that has taken place over the years. “Companies need to be bolder and more courageous in what they do,” he notes. “Social customer care decentralized customer service, and until knowledge management undergoes this same decentralization, customer service, in spite of Twitter, Facebook and Instagram, will still be somewhat constrained.

“Companies need to decide what type of customer service they want to provide,” he adds. “When designing customer care with social in mind, it’s really thinking about what a service ecosystem of Blockchain, AI, Google, messaging, Twitter, Facebook, Instagram, YouTube, Pinterest, etc., looks like. Don’t necessarily think of the platform that is called Twitter or Facebook, but think about the unique characteristics of that type of communication because that is the world of your future advocates, detractors, buyers, complainers. Are you geared up for that both technologically and culturally, or are you still in a world of five-year IT programs, inbound email and telephone calls?”

Read Part 2: Still Some Lingering Issues for Centers to Overcome. 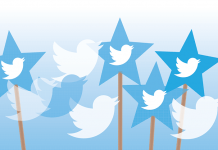 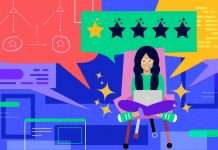 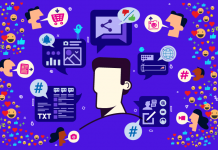