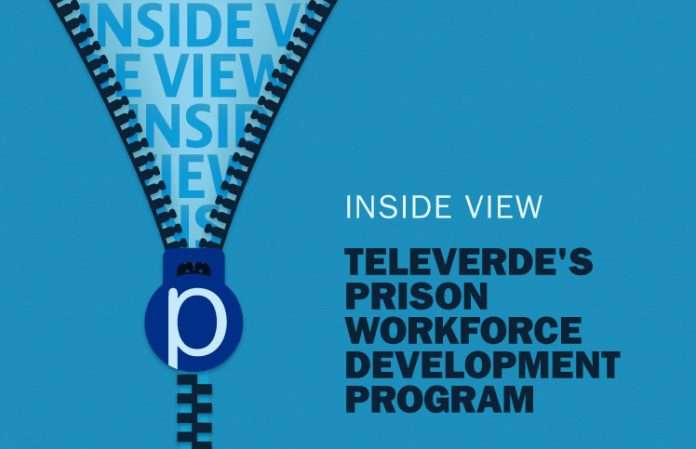 Ashley Cruz was just 21 years old when she was incarcerated at Perryville Correctional Facility in Arizona. She was a mother with two young children and a first-time offender. Cruz knew that she had made a huge mistake, but she didn’t know how to fix it. “I didn’t realize the impact that it was going to have on myself, and more importantly, my family,” she says.

Today, Cruz still finds it difficult not to get emotional when talking about her 10-year journey from incarceration to a marketing technology manager responsible for leading and teaching teams. “I knew that I needed to do something with my life to show my kids that, just because your path doesn’t go the way you had planned, it’s not permanent,” she says.

Perryville happens to be one of the prison facilities where Phoenix-based sales and marketing organization Televerde operates five engagement centers to serve B2B clients like SAP, Adobe-Marketo and Pulse Secure. As part of Televerde’s prison workforce development program, the company recruits, hires, trains and compensates incarcerated women in Arizona and Indiana to work in seven of their 10 engagement centers.

When Cruz learned about the Televerde program, she knew that she wanted to participate. Here was an opportunity to earn an income and work toward a career. “I wanted to feel like a mom, and the money helped with that,” she recalls. “I was at the lowest point in my life, so the ability to have a career when I left was amazing to me. I wanted to show my kids, look what you can do if you really want to, regardless of the mistakes that you’ve made or what label is put on you.”

Taking part in Televerde’s prison workforce development program is not easy, and it’s not for everyone. Individuals must have a high school diploma to apply, a requirement that motivated many former participants to take the crucial first step toward a better future.

Applicants must pass aptitude testing and panel interviews to be accepted into the program. Then the real work begins. “At that point, we’re teaching them everything from business acumen to sales techniques, communication, marketing and technology skills,” says Televerde CEO Morag Lucey. “We’re trying to ensure that we give the incarcerated ladies the skills that are sought after in the workplace today.

“They are immersed in it 24/7; they call it bootcamp,” she says, adding that: “Not everybody makes it through bootcamp, but if you do, then your chances for success are very high. So if they want to change their lives and put in the effort, they can absolutely take advantage of all the learning that is available to them.”

Cruz describes the training program in one word: Hard. “It was grueling but necessary,” she says. “They didn’t just teach us about business, but also about our role and the work that we would be doing. Probably the most impactful part for me was at the end: We had to present business plans as entrepreneurs so that we could learn, not only what it takes to start a business, but to keep one running successfully. It was unique and useful, because it gave us an understanding and respect for the companies and why we needed to hit our metrics.” 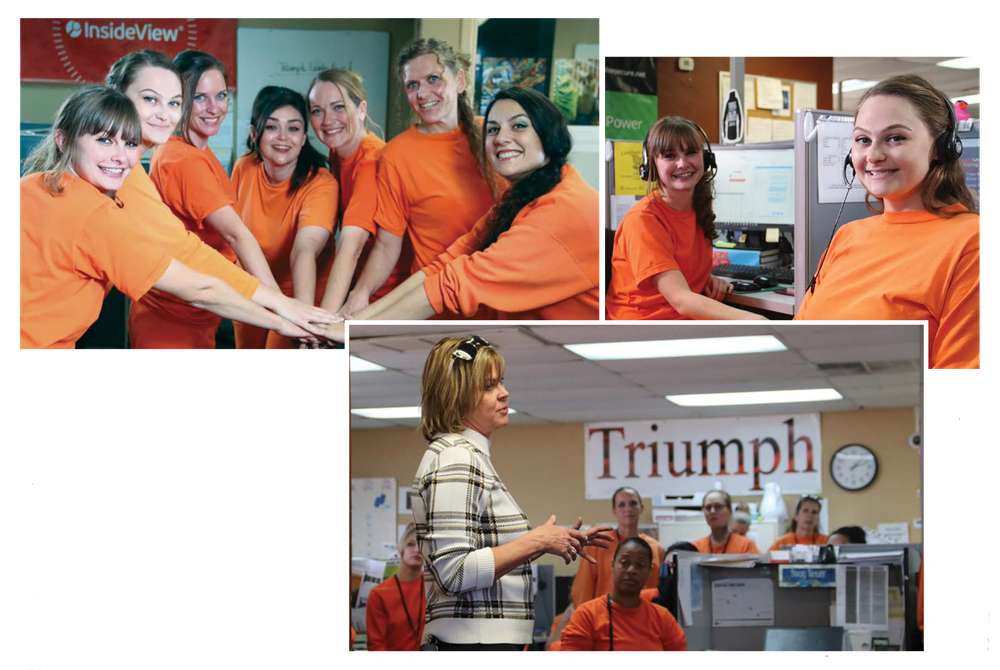 The workforce development program works in partnership with the Arouet Foundation, a nonprofit corporation that Televerde established in 2011 to help women successfully reintegrate into society after release. Arouet begins working with participants one year before their release and then continues two years after to ensure that they successfully reintegrate into society, explains Lucey. Job placement is part of that transition. Once released, program participants often continue working for the client accounts that they served while incarcerated.

Arouet also provides support programs, such as mentoring, wellness and behavioral health, life skills development and advocacy. Cruz found the programs such as budgeting, credit repair and continuing education to be valuable in helping to prepare for the realities of life post-release. “They go that extra step of not only making sure that you have a job when you come home but that you have support, resources and realistic expectations,” she says. “We’re rarely realistic when we’re coming home. We may crash at some point—you go over-budget, you get scared—it happens. They’re there to remind us that it’s OK because real people in the real world, felony or not, crash sometimes. It’s a normal part of life, so pick yourself up and keep going.”

For Cruz and other former female prisoners who have participated in Televerde’s prison workforce development program, the opportunity to learn communication, technical and business skills while incarcerated has proven to be a lifeline to a more independent and successful life after their release.

According to research released by Arizona State University’s Seidman Research Institute, participants in the Televerde program not only go on to find employment after their release, they earn four times the lifetime average earnings potential compared to the national average for former female incarcerated prisoners, says Dr. Anthony Evans, senior researcher for the L. William Seidman Research Institute at ASU.

They also stay employed. “The national average for former incarcerated female prisoners to be in work five years after release is around 49% to 50%, whereas for those who participated in the Televerde program, it is 94%,” says Dr. Evans.

Importantly, he adds, recidivism rates for Televerde program participants are significantly lower than the national average. The study revealed that approximately 0.4% of Televerde participants, 2011 through 2018, re-offend within 1 year, and 5.4% within 3 years. The national average among females released from state prisons is 35.1% for 1 year and 59.3% within 3 years.

“That is a phenomenal result,” Evans notes. “It means that the program is changing the minds and actions of its participants.”

Economic benefits to the state of Arizona have been significant, as well. The study identified $13.3 million in annual cost savings for taxpayers due to lower incarceration, lower foster care and lower take-up of entitlement programs such as the federal Supplemental Nutrition Assistance Program (SNAP), Evans states. “We found that a very small number of Televerde participants are eligible for SNAP. They earn more than the SNAP threshold. They will have less social security and welfare payments than the average female incarcerated person.”

The Past Doesn’t Define Future Potential

As a passionate advocate for female empowerment and corporate social responsibility (CSR), Lucey has been a staunch supporter of Televerde’s business model even before taking the reins as CEO. In her former role as CMO of Avaya, she was a Televerde customer.

Lucey is continually impressed by the confidence, drive and resilience of former program participants like Cruz and Televerde CSR Officer Michelle Cirocco (read Cirocco’s article, What Seven Years in Prison Taught Me About Managing and Respecting the Customer Experience). “These are successful business women who have reemerged stronger from the hardships that they have suffered in their lives,” she notes. “They’ve dug deep to learn how to be the best that they can be, and they don’t take anything for granted.”

For Cruz, the Televerde program was a life-changing opportunity. “Not everybody is ready to face themselves and to move beyond the things that got them incarcerated in the first place. But many people are, and Televerde gives them that chance,” she says.

“It’s very special because it’s not just about hiring people to run a business—it’s about hiring people so you can run a business and so that they can know that they’re worth more than they think they are,” Cruz adds. “Many of these women have never been told that you’re more than the label—your past doesn’t define you. You can be someone in the world, not just because Televerde tells you that you can, but because they have helped you to find peace with yourself and to find the confidence to move forward with your life.”

Are There Better Ways to Staff the Contact Center?

The Consolidation Trend Will Further Hurt Quality in the Contact Center