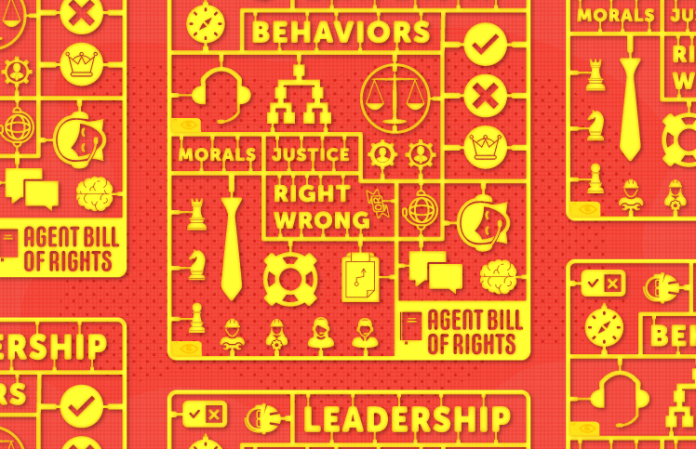 Since the publication of my first article in Pipeline (“Don’t Ignore the Economics of Your Contact Center,” October 2018), I have tried to bring a new voice focused on those that we govern, and have been working explicitly to frame the reality of their existence to readers (generally managers and leaders) so that all could gain a deeper perspective on what and with whom we interact daily.

After a year of getting warmed up, now it’s time to talk about that least safe of topics—morality and moral leadership in the contact center. If I asked you if there was a sense of right and wrong—morality—in your call center, what would you say? If I asked your agents, what would they say?

Why does morality need to be in your contact center? How do you know if it is, and what do you do if is not?

It’s a word that has been thrown about for thousands of years. There is a long line of philosophers who have made large and earnest inquiries and expositions on morality. (Wikipedia offers a good list.) There are many, many great minds from antiquity to now that have pondered the difference between right and wrong, and how we, as humans, should treat each other. This is morality at its essence.

If you haven’t read Yuval Noah Harari and his landmark book, “Sapiens: A Brief History of Humankind,” you should. Harari does an excellent job of showing how Homo sapiens have evolved to become the dominant species on the planet.

Harari argues many things, including the assertion that our ability to create and grasp ideas on a large scale is responsible for our dominance. He also argues that morality is what separates us from beasts. Ideas, including a sense of right and wrong and fairness, is what makes us Homo sapiens.

We all have been taught about right and wrong since an early age. We receive that moral system from our parents first, then evolve it with our peers throughout our lives. As you can see from the world around you, the process is rife with complications and corruption that set all of us on a future path where we constantly grapple with our own personal, professional and societal sense of morality.

We go back and forth between right and wrong in every situation, and for most of us, we do a good job of keeping it pretty consistent. Our morality and moral choices govern our behavior, and especially how we react to and interact with our fellow 7.5 billion Homo sapiens on this planet.

You may not know it, but in the contact center, morality underpins how you accomplish your goals.

When People Are Your Business, Behavior Is Your Product

By now, you’re probably sick of hearing about Abraham Maslow, but his work on the hierarchy of human needs was so seminal, we must revisit it and fit his framework to the evolution of Homo sapiens. Remember that Maslow said basic needs must be met first, and then Homo sapiens can consider other things, like morality and self-actualization.

Most of you are meeting the basic needs of the agents in your center (but not all of you—see Jeff Toister’s blog post, “What Maslow’s Hierarchy Says About Customer Service Employees”). Thereafter, your Homo sapien agents’ training from their parents and peers kicks in. And because of years of conditioning, they seek a sense of fairness and right and wrong in our shared workplace. Simply put, agents must know why they are doing things. If they view that why as right, it’s much easier for them to do their jobs.

We all lament and complain about “toxic” employees and “wrong” behavior and how it “pollutes” work environments. By now, it should be clear that our shared and individual morality is driving that choice of language. Toxic employees that are polluting our work environment are really violating our innate sense of morality of how our fellow Homo sapiens should behave toward each other in the workplace. When you deem an employee as such, you are deeming them immoral.

This is good, by the way, because it means that there is probably a moral framework already functioning in your workplace, which is at least partially expressed in your employee handbook. But have you thought about what’s in your handbook in moral terms? You should. If you do, you can (easily I might add) inject a sense of fairness and justice into your workplace. I have done it through our Agent Bill of Rights, and now it lives on and is applied daily on its own without my intervention.

When employees behave against the desired outcome, their behavior is either immoral or amoral. Immoral behavior is that which violates an existing moral principle, like what we deem right or wrong as a society, especially as it relates to fairness among Homo sapiens.

Amoral behavior, by contrast, is that behavior which exists outside the framework of a particular morality. It is not right or wrong, it just is. When an agent should do “A” in reaction to a caller, but does “B” instead, that agent is just not following their training, but that’s not necessarily immoral behavior. It’s amoral—they just did it wrong but didn’t upset the right and wrong of society. I encourage you to always evaluate the difference when assessing agent behavior, which is one of the first steps to creating a moral work environment.

As managers, your job is to elicit the “right” behavior at scale, repeatedly. Not an easy ask, as your life’s work in a contact center probably attests. In reality, that’s what you’re paying your agents for—to behave the way you want them to behave in reaction to a customer’s situation. Like it or not, producing the right behaviors in agents is your chosen profession.

Your frustration when they don’t behave as needed is because you don’t understand why they are doing things or why not. Is their behavior immoral—violating a sense of fairness or justice? Or is it amoral—just wrong against a set standard needed to accomplish your goals? When evaluating any behaviors by your agents, you should try to see the morality—the why—behind their actions. It will lessen your frustration, temper your reaction and make you a better manager.

It will also promote a sense of “fairness” in your workplace. And that will promote the behaviors you seek, whether they be moral or amoral.

The Manager, Agent or Beggar?

Adam Smith, the famous Scottish economist, is poorly remembered for what I would argue is his best book, “The Theory of Moral Sentiments,” published two decades before “The Wealth of Nations.”

In “Sentiments,” Smith first uses the term the “invisible hand.” The passage where he uses it is so instructive to how your call center functions, that I must reprint it in its entirety:

“They are led by an invisible hand to make nearly the same distribution of the necessaries of life, which would have been made, had the earth been divided into equal portions among all its inhabitants, and thus without intending it, without knowing it, advance the interest of the society, and afford means to the multiplication of the species. When Providence divided the earth among a few lordly masters, it neither forgot nor abandoned those who seemed to have been left out in the partition. These last too enjoy their share of all that it produces. In what constitutes the real happiness of human life, they are in no respect inferior to those who would seem so much above them. In ease of body and peace of mind, all the different ranks of life are nearly upon a level, and the beggar, who suns himself by the side of the highway, possesses that security which kings are fighting for.”

Smith is saying two things. First, when spoils are divided evenly among a society, morality reigns through an invisible hand. When everyone has nothing, everyone is a beggar, fairness is inherent, and security is assured within the society. This is what we want people to feel within our contact centers (don’t take the “beggar” part too literally).

Second, inequality among humans within a society creates immorality. People who feel wronged or violated by others are victims of immoral behavior, and they will feel anger, regret and possibly want revenge. This is not what we want in our contact centers.

I’m not saying that we shouldn’t have managers in our contact centers and that everyone should be equal. In the modern world, managers are essential for many reasons, which I won’t go into here. But what you must recognize is that our industry has a bad reputation, and it’s because of the productive imperative that we divide ourselves into these three classes: Manager (Kings), the Agent (Laborers, elsewhere in Smith’s text, those who produce), and Beggars (whom we should all be).

This is a gross oversimplification, but the point is that thinking about everyone in the call center in terms of these three classes, and who they are at that moment of behavior, versus who they are in your society, will greatly influence how you, the Manager, react to behavior. When you judge their behavior in terms of being the Beggar (fairness), versus the Laborer (productive), versus the King (aggressor and divider), you will see who is really behaving morally, and who is not.

Understanding it first, and then reacting morally, will make you the moral leader.

Your personality may be that of the Beggar or the Laborer, but if you’re a Manager in the contact center, by moral definition, you are a King. You control resource distribution, and thus, determine whether your contact center is moral, immoral or amoral.

Before the time of the modern economy, the best Kings promoted fair resource distribution and production, and did not plunder the countryside for their needs. Any “Game of Thrones” fan will instantly see it as the epic justice-for-all allegory that it was (no matter how bad the ending was, Tyrion and Bran were always the wise ones who promoted justice).

You have the power to create morality and fairness in your workplace because you control resource distribution. My job is not to give you a moral framework (though Rethink’s Agent Bill of Rights is a good start—please steal it), but simply to show you that, more than likely, it is already within you. We all inherently understand the difference between right and wrong, and how to act toward our fellow Homo sapiens, and thus, within our larger society. Morality is all around us and within us—this cannot be denied. 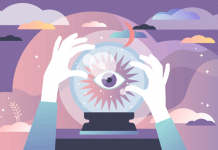 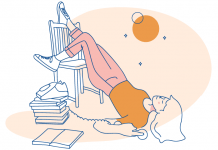 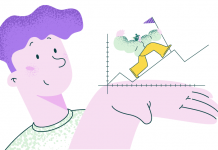 Adaptability: The Skill to Thrive in Changing Times