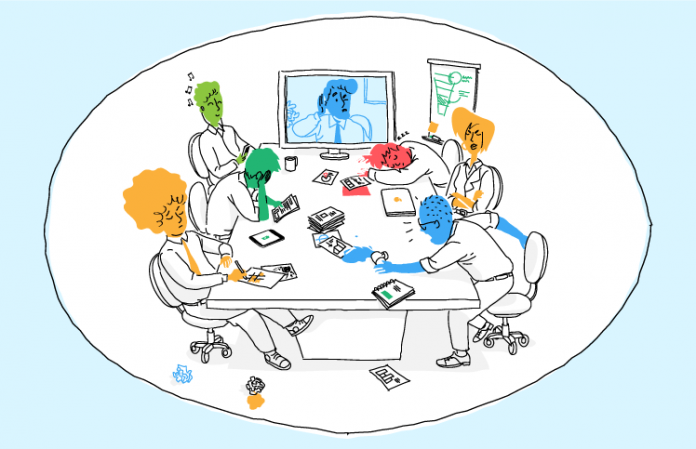 I think that’s what Mister Rogers might have said had he been a speaker on one of this year’s many virtual contact center events.

Mister Rogers was a patient and gentle character created by the real-life Fred Rogers, and the host of the PBS children’s show “Mister Rogers’ Neighborhood.” The show aired nationally on American public television from 1968 through 2001. The series was aimed at preschool children but found an audience among children of all ages. Despite his mild manner and target audience, Mister Rogers tackled some extremely tough topics on his children’s show, including death, divorce and war. He spoke about anger regularly and offered peaceful ways for children to deal with angry feelings.

I didn’t really know that much about Mister Rogers until I saw Tom Hanks portray him in the 2019 movie, “A Beautiful Day in the Neighborhood.” My daughters, who fit right into Mister Rogers’ intended target audience and grew up while Mister Rogers was on the air, didn’t seem at all interested in him. They were more interested in watching Barney the big purple dinosaur, who was more into small dance routines than he was into tackling the tough realities of being a purple anthropomorphic Tyrannosaurus Rex. Go figure.

Back to my imaginary Mister Rogers’ contact center virtual conference presentation. I think he would have patiently explained to all attendees what contingency planning is. He would have said that a contingency plan is a proactive strategy that describes the specific steps to be taken in response to something that could possibly happen in the future, such as a global pandemic. The point of a contingency plan is to minimize the impact of an unforeseen event.

The extent of contingency planning in the contact center prior to the pandemic was all over the map, so to speak. Most contact centers plan for expected crises, such as snowstorms disrupting traffic and travel, or communications outages causing contact centers to lose one or all of their customer communications channels. But the global pandemic caught most of the industry flat-footed and scrambling to respond quickly and appropriately.

At Saddletree Research, we did some follow-up research six months after the March COVID safety guidelines from the Centers for Disease Control (CDC) were issued. Research was conducted among members of the not-for-profit National Association of Call Centers (NACC), which has collaborated with Saddletree Research on industry business intelligence projects since 2009.

Follow-up research revealed than many of the contact centers that kept employees in the brick-and-mortar operation did so because employees didn’t have access to broadband at their homes. Some were rural areas with no broadband infrastructure and some didn’t have internet access due to other reasons, so they stayed at work in the building. In other cases, however, employees stayed in their seats because management was totally unprepared to deal with a crisis of the magnitude of a global pandemic.

We also discovered that some contact centers couldn’t send employees home initially because their phone system was so antiquated that they couldn’t route calls and data to remote locations. Many of these contact centers, however, remedied this situation with new technology or a quick move to the cloud.

In a recent NACC newsletter, subscribers were asked via the “Feedback” feature to specify what industry topics were top of mind for them going into 2021. Contingency planning was a frequently cited topic, pretty much at the top of the list. I validated this sentiment through informal conversations with members of the NACC Advisory Board.

Jim Lavery is Vice President of Sales and Service Contact Centers at Desert Financial Credit Union in Phoenix, a member of the NACC Advisory Board and, in pre-pandemic times, someone who I had lunch with on a regular basis. Our lunches gave us the opportunity to talk about industry issues and gave me the opportunity to keep my feet on the ground and understand the realities of daily work in the contact center. So, naturally I turned to Jim to get his opinion on the effect of the pandemic on contact center contingency planning.

“For the contact center industry, I personally believe the pandemic will foster discussions on being more proactive in contingency planning in the future. We have, and are living through, a real-life example of a situation that at one time would have been thought of as extremely unlikely. We should leverage the lessons we have learned from the pandemic, get them down on paper now while it is still fresh, and help develop a playbook for the next catastrophic event that could occur,” Jim advised. “Likewise, if a pandemic could occur when no one expected it, what about planning for an earthquake in Arizona or a snowstorm in San Diego? It may sound ludicrous, but so did the idea that a virus could shut down the world in a matter of days. The process of planning for these events, even at a fairly high level, can be both time-consuming and challenging. However, the opportunity to pull out a playbook in the time of a crisis, versus making it up along the way, is invaluable. Just ask any pilot who has had to handle an in-flight emergency and was able to pull out their pre-written disaster avoidance plans.”

I believe both Jim’s and Maryann’s thoughts on contingency planning are representative of the majority of the contact center industry today. As Jim so aptly put it, it’s time to start planning for that snowstorm in San Diego.

At the end of each of his shows, Mister Rogers sang a song called “It’s Such a Good Feeling.” Once the contact center industry has its contingency plans ready for the next major catastrophic event, I’ll bet it will be singing that same song, too. 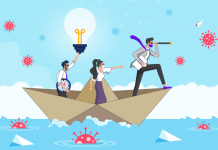 Managing Through COVID-19: A Roundup of Tips, Tools and Tech for Contact Centers 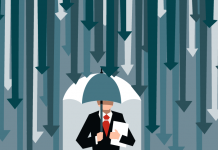 Maintaining Customer Support in a Crisis 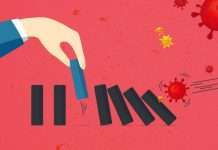 After the Pandemic: How to Bring Back the Contact Center