In September 2007, Carnegie Mellon University Computer Science Professor Randy Pausch was diagnosed with liver cancer. For those of you who have never seen “The Last Lecture,” I encourage you to watch it on YouTube. Plan to spend a little more than an hour watching. Professor Pausch delivered an inspiring lecture focused on three parts—his own childhood dreams, enabling the dreams of others, and the lessons he learned about achieving both.

There are so many lessons in this video about life and learning and leadership. We can apply a great deal of it to our contact centers. Professor Pausch taught me something that can change the course of our lives and the lives of the people we manage: As leaders, we must be lifelong learners.

Lesson 1: Brick Walls Show Us How Badly We Want Things

We’ve all encountered situations that felt like we were banging our heads against a brick wall. Brick walls are frustrating. Brick walls are tough and time-consuming. But… what if brick walls weren’t a barrier to entry, but rather an opportunity to think about a problem more creatively?

Most of us—no matter how passionate we are about our roles and careers—have spent lengthy periods of time during which all we were hearing was, “No.”

As leaders, we must recognize that those whom we lead are also running up against brick walls. In the movie “The Pursuit of Happyness,” Will Smith’s character, Christopher Gardner, is watching his young son shoot baskets. He tells his son that he shouldn’t spend too much time playing basketball because he will only be average at best, and that he should spend his time on other things. When he realizes what he said and how dejected his son is, Gardner emotionally tells him, “Don’t ever let somebody tell you that you can’t do something—not even me, alright? You got a dream, protect it. People can’t do something themselves, they wanna tell you that you can’t do it. If you want something, go get it. Period.”

Even at an early age, children receive messages that set limits in adulthood. As leaders, we can reawaken a desire to learn, to grow and to overcome the brick walls that stand in the way of the people we lead. We must think carefully and critically about our employees’ situations and outcomes, and we must share knowledge openly and without prejudice. We must take time to learn what we don’t know. As leaders, we can tear down walls that never should have been built.

Lesson 2: Most of What We Learn, We Learn Indirectly (or by “Head Fake”)

What is a “head fake”? A head fake is a term most commonly used in football or basketball. It happens when an offensive player looks in one direction to mislead the defense, and then dashes off in the opposite direction. What does a head fake have to do with working in a contact center? It’s a reminder that we never know where the next teachable moment—for us, our team or our organization—will come from.

Today, my role in my organization is business development. Through almost all of my career I’ve been in an operational role—leading people, teams or processes. It became very clear a few years back that my knowledge and experience in operational roles were preparing me for future roles that I could not have imagined and have yet to fully realize.

This experience means I can speak confidently and share real examples of challenges and successes. My fluency in day-to-day operations is stronger than any salesperson’s best PowerPoint. Not only can I share best practices I have learned, but I’m comfortable with new technology, new learning theories, new methodologies, and all the other bells and whistles that make working in this industry so great.

Changing direction after a long journey has added richness and authenticity to my new path. It may look like a “head fake,” but my operations experience now creates value for my company. Some questions for you are:

Lesson 3: Wait Long Enough, and People Will Surprise and Impress You

Professor Pausch shared something he learned during a lunch meeting. “Wait long enough, and people will surprise and impress. When you’re pissed off at someone and you’re angry at them, you just haven’t given them enough time. Just give them a little more time, and they will almost always impress you.”

You may be thinking, “Sure, this is great advice, but we are dealing with real-life situations in a contact center. We don’t have time to wait for people to impress us.” I would agree… to a point.

A 100% answer rate, 0% turnover, with a 100% CSAT, and a 10 NPS—these are pipe dreams. Day after day, situations arise that are unexpected and contrary to plan, and they always will. Day after day, calls come in, we carry out analyses, we coach and develop, and people improve… over time. It turns out we do have time in a contact center to allow people to impress us.

When people have the right support and environment to thrive and succeed, it is amazing how incredibly successful they may become. During “coffee talk” in a previous position, I heard about an employee who wanted to change roles but was hindered by a non-performance issue. I approached this person at their desk to learn a little more about their situation and to ask why they hadn’t applied for a posted position. She confided in me about her frustration with her manager and peers. She had a good reputation and was considered very capable.

I asked her to commit to eliminating the non-performance problem, and she agreed. Within six months, she had turned her ship around, and she applied for and won the job I knew she would be perfect for. For the past five years, she has become an absolute rock star in that and subsequent positions. Had I listened only to that person’s direct supervisor five years ago, and not reached out to the employee for a heart-to-heart talk about her possibilities, it’s almost certain she would not be where she is today.

Coach, not for today’s improvements, but for the long-term successes. Learn something you don’t already know about someone. Make the investment.

Final Lesson: Get a Feedback Loop and Listen to It!

We’ve all run up against situations that felt like a brick wall, an open door or a message from the universe. We don’t always have the clarity and objectivity to see the big picture. Call on your inner circle of voices—internal and external. Trust in your closest advisors and listen to what each has to say. Choose people you trust, who know your strengths, tendencies, and capabilities, and are willing to provide critical but supportive feedback to you. Don’t choose people who won’t challenge you. And at the end of it, listen to your conscience and hear what it says.

As of this writing, Professor Pausch’s Last Lecture has been watched more than 19 million times. His 76-minute talk continues to move and teach us more than a decade later. Pausch’s premature death, just 10 months after he spoke, is a poignant reminder. Have fun with everything that you do. Life is too short, and tomorrow is not promised. Don’t bang your head against brick walls, look for teachable moments. They may be hard to see, but people will impress you if you give them enough time. Eventually, someone you lift up may surprise you, and even become one of your trusted inner circle. That’s when you become more than a just a leader. You become the leader you were meant to be. 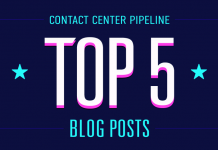 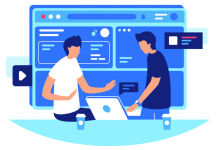 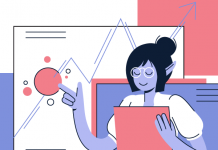