Millennials and Gen Z employees are growing in influence of work organizations and cultures, especially call centers and customer service. According to a 2016 Bureau of Labor Statistics report, the median age of an American employee is 42.2 years, while the median age of a customer service representative is 36.5 years. In fact, nearly half (48.4%) of CSRs are below the age of 34.

As contact centers evolve with each generation of employees, those employees’ motivations are changing, as well. Millennials have different work priorities than their predecessors, according to an article in Forbes. The article highlighted research by Creative Artists Agency’s Intelligence Group, which showed that:

So, what do all of these numbers and statistics mean? What do millennials—and the generations after them—want?

How to Meet Millennials Halfway

If it feels like millennials and Gen Z employees are demanding or high-maintenance, that’s somewhat true. You will likely spend more time coaching, communicating and mentoring this employee segment. However, the benefits of an engaged workforce are true in every decade, especially when unemployment is low. Engagement efforts improve retention and reduce attrition for all employees. That’s not the only benefit—millennial employees bring creativity and innovation, collaboration and communication skills, and an on-call attitude to your teams.

Engagement and regular team-building is the key to success. Remember “Finding Nemo”? Toward the end of the movie, when all the fish begin swimming in the same direction, they finally free themselves from the net. One fish on its own didn’t have a chance, but all of them working together succeeded. Millennials and Gen Z are the Nemo generation. As employees, they want to understand how they help the whole team succeed. A culture of engagement that demonstrates the impact of both team and individual contributions makes work more meaningful to employees.

Remember, “employee engagement” isn’t a new concept; it was first mentioned in an academic journal in 1990. Young people aren’t the only folks looking for meaning in their work. They’ve just been most vocal about their expectations.

In 2013, The Docket’s Courtney Gibb explained workplace expectations and attitudes by generation in this helpful chart.

This is an overly simplified look at generational perspectives, but it’s borne out by research. From this, we can see that feedback from managers grows in importance with every generation, even as deference to authority declines. Millennials’ views on leadership reflect the Nemo model, success “by pulling together.”

What we’re seeing is a shift from the Golden Rule to the Platinum Rule. It’s not, “Do unto others as you would have them do unto you,” but “Treat me the way I want to be treated, which is not necessarily the way you would like to be treated.” If you are not engaging millennial employees the way they want to be engaged, they will find an organizational culture that will.

I want to share a few personal examples of the millennial and Gen Z influence. The first is about text messages and the second is about team sports.

I am not a millennial; I have two sons in their early 20s. From a very young age, their chosen communication channel was text messaging. They liked the immediacy of texting and being able to choose when and how to respond (or not respond) on their own terms. As their Dad, I adopted their channel. Eventually, texting became one of my favorite ways to communicate.

I didn’t realize that many of my co-workers and managers were not texting like I was. During a one-on-one meeting with my AVP, she informed me that I had forced a change in her life. Due to working with me for half a year, she had exceeded her texting limit every month. She decided to switch to an unlimited plan. This is how millennials and Gen Z are making structural changes in workplaces they don’t even work in!

My next story tells how I found coaching youth sports to be a game-changer as a leader. Years ago, I had an epiphany with my son’s basketball team. I was teaching a squad of eight-year-old boys how to play defense, and I was having trouble getting through. I stopped, took a step back, and thought about it. Then, I stopped telling them what to do and explained to them why defense was so important, and what each person’s role was. I showed them that, if everyone executed the jobs for their position correctly, the other team wouldn’t score and we would increase our chances of winning. I saw the light bulbs go off. The boys bought in, sharing the common goal of wanting to win, and we suddenly had a defense.

At the same time at work, I seemed to be hearing employees complaining about other employees constantly. Instead of focusing on their roles in the company’s success, they were distracted by what everyone else was doing. I started to see that the same thing that happened on the basketball team was happening every day in my office.

My employees needed to understand how their role fit into the larger picture for our team, for our department and, ultimately, for our division. They needed to see their individual role as a part of a larger action—in order to execute with commitment, quality and efficiency.

Meanwhile, the basketball team learned their roles and started to trust and collaborate with one another. We began to win consistently. By the end of their third season, they not only made the playoffs but went undefeated.

When we implemented engagement practices at work, that team also began to trust each other and focus less on what was outside their control. The team learned the mission, the vision and their individual strengths. They expected to be both pushed and recognized. They knew that it was OK to have a bad day because their teammates and leadership supported them. Collaboration increased as team members gained an understanding of other people’s roles as well as their own. We recognized people privately and publicly for their accomplishments, and soon there was friendly recruiting going on between departments.

We experienced a zero turnover rate for three consecutive years.

Talent and the Changing Digital Landscape

In the past, if a customer or employee had a complaint, they called or sent a letter to the appropriate party to resolve it. Then, social media happened. Social media is now the first choice of channels to express concerns or praise for people and organizations. The Internet and social networks have enormous power to elevate or punish.

Not long ago, a CFO was fired for bullying a Chick-fil-A drive-thru employee. Thirty years ago, the incident would have traveled no further than the parking lot, and that CFO would not have lost his job. Today, not every example of bad behavior goes viral, but the threat is implied. Social networking has made people—and the organizations they represent—more accountable for their actions, at a global level in some cases. The consequences for hiring or managing badly can be severe.

Social media also affects your ability to hire the talent you need to run your business. Employment review sites like Glassdoor, Indeed and Vault enable anonymous employees to rate their employers and publish testimonials. If your employee management and engagement culture and policies are poor or outdated, you run all the risks of attrition and turnover, PLUS an online reputation that drives away prospective candidates and may even negatively influence customers and clients.

Make an Effort to Engage—It’s Worth It

Whether you are a BPO or an in-house contact center, recognizing trends, understanding employee motivators and embracing a culture of mentorship, transparency and inclusion are all part of building an engaged workforce. Getting to know your employees and where their heads are at on a daily basis is critical. Engage them using the Platinum Rule and they will engage your customers the same way. Together, you will be undefeated! 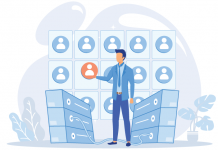 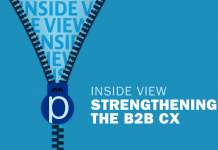 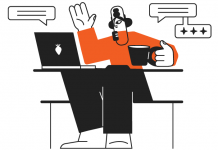