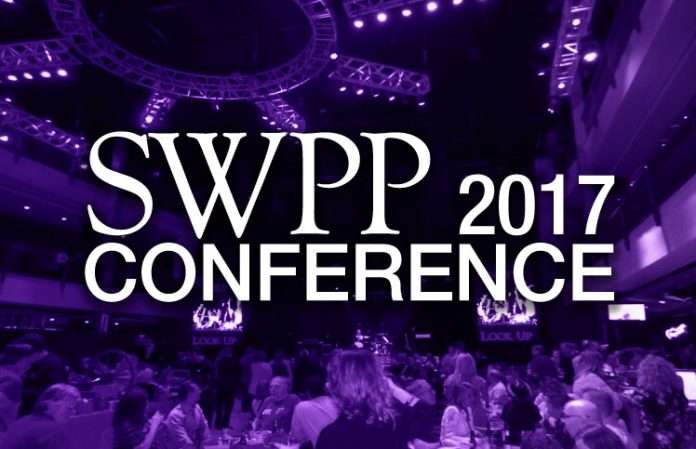 Last week, I was hanging out at SWPP’s 2017 Annual Conference in Nashville. One thing I especially enjoy about this conference (besides the sessions) is walking through the showroom to catch up on the latest cool WFM features, products, and technology from industry vendors.

I visited 16 vendor booths this year, and asked them: “What are you doing this year that’s new and exciting, or different from the rest?”

Here’s what they said:

NICE told me that their entire solution is now 100% cloud-based and is called Evolve WFM. I went to their website to confirm the spelling and saw that they’re giving away a $25 Amazon gift card for completing the demo! During their “Behind Closed Doors” session, NICE said that they’ve always known Erlang doesn’t do 100% of the job. Their upcoming release (v7, ETA August 2017) will address the math around how they calculate headcount requirements. We also saw a mobile app that gives agents their current stats (e.g., AHT) compared to the group and overall report card that’s always live and always accessible. They’re also using gamification, with points equivalent to rewards in actual real money. $Cha-ching$!

WorkFlex Solutions is not traditional WFM software—their product sits on top of the software and they have been focusing on gamification. They showed me a demo of an agent’s mobile app that earns points for flexing schedule times. This gets the agents involved with optimizing intraday schedules. Spend these points for other activities, like leaving early without using paid time off, or use them as a currency with other employees. That little taste got me excited so I ended up going to their “Behind Closed Doors” coffee talk to find out more about the math and customization options that go into this product. I learned that it can use multiple templates to accommodate holidays, and the users can set up rules in the logic trees to match the individual call center culture.

Community, always generous with the Wi-Fi, has a cool new feature that will automatically add a tardy exception. They want to separate the idea of attendance from adherence with an automated schedule attendance monitor that can auto-correct the exception times, too. Their results show that this increased awareness reduced tardies from 57 down to 6 after the first week.

Aspect has a new WFM chat bot named Mila. Agents can ask questions and get self-service about their schedule through text.

Genesys now includes Interactive Intelligence, Decisions and Silver Lining Solutions under their family umbrella. Decisions had some extra-cool T-shirt giveaways this year, and they didn’t make us do tricks to get one (thanks!). Genesys told me that they are the only vendor that provides a completely integrated infrastructure suite of routing, speech analytics and WFM, which means that these systems are already synchronized and it takes loads of work off the WFM administrators. Their newest feature is schedule-based routing that is smart enough to know not to send calls to an agent who is getting ready to go to lunch.

injixo and The Call Center School shared a booth this year. They have new content coming out for frontline agents on the topic of digital customer service which applies to Social Care.

Interior Concepts makes furniture that is specifically designed for call centers. They offer a very smart solution that stores power and data in a box contained below the work surface.

ICMI says they have lots of new research on ICMI.com/research, including new WFM research.

Teleopti is celebrating their 25-year anniversary and releasing a mobile app with gamification that will be available through the App Store and Google Play.

Noble Systems has a new product called Smart Accept that will delay connecting the call to the agent until they are ready to pick up (saving money on long-distance fees.)

Intradiem has a new intraday robot (Intrabot?) that helps automate intraday management in real time. The example I saw used two triggers in the logic: When more than 10 agents are available and Service Level is greater than 95%, then prompt a CBT training session to new-hires.

Loxysoft told me they offer a solution for all-sized call centers, even one with only 15 agents, and setup only takes a few days. They connect to 55 ACDs and also have a payroll integration with Quickbooks, ADP and others, available on cloud and on premise (“on-prem”).

USAN told me that they’re the vendor who was originally on the cloud first and has been there the longest—26 years.

Call Design deserves a “Best Business Cards” award this year, for cards featuring everyone’s alter ego. Call Design partnered with Aspect and they have a mobile app with alerting software that will push messages about upcoming meetings, breaks, site outages, broadcast messages or whatever you want.

Finally, I tracked down Vicki Herrell herself and asked her if there was anything new going on with SWPP. She told me to watch for the new Fundamentals of WFM webinar series, an 8-part educational offering not to be missed!