While the contact center environment has evolved a great deal over the past decades, some metrics have not. Many centers focus on metrics that have been in place for years without considering whether they still make sense for the current business environment. Or, in some cases, the metrics may make sense for the operation, but they’re being measured the wrong way.

If you’re relying on average metrics, then you’re not getting the full picture of your performance—and you’re not collecting actionable data. Yet, that is what most centers do. Service level, for instance, is typically measured as an average number at the end of the day, which doesn’t mean very much because most centers have peaks and valleys of calls. “During some hours, you’re overstaffed, so the service level looks great; during other hours, there aren’t enough agents on the phones and service levels are low,” says Penny Reynolds, founding partner of The Call Center School. “If you’re only looking at the average at the end of the day, it’s like having your head in the freezer and your feet in the oven. Your average body temperature might be OK, but it doesn’t tell you how uncomfortable the extremes are—or how you can adjust scheduling and staffing levels to make it better.”

Average handle time (AHT) is another example of a traditional metric that’s commonly misused today. Why? “Early call centers were primarily telephone operators—everyone was doing the same thing and it took about the same length of time, therefore, looking at the average handle time made sense,” explains James Abbott, president of Abbott Associates, and author of “The Executive Guide to Call Center Metrics.” But because modern contact centers handle a vast array of things, “the metric should be ‘handle time,’” he says. “‘Average’ monitors the center point. We need to add another metric to show how consistent the talk time is. That’s where standard deviation sigmas come into play.”

In today’s centers, variability is the largest driver of cost, Abbott adds, ”the bigger the variation, the more costly the operation.” For example, if a contact center handles 100 calls per day on average, and there is zero variation, forecasting and scheduling would be a straightforward task. But let’s say a center handles 100 calls on average. The first day, it receives 50 calls. The next day, it’s 150, then 25, then 175 calls. “It’s still an average of 100, but managing that center is a whole different ball game,” he says.

Publishing reports based on averages often shows the center performing at a higher level than it actually is, which creates a disconnect between what your customers say about your performance and the information that you present to your CEO.

Are all of your metrics relevant to your business? Obviously, productivity metrics are important to run an efficient operation. “We shouldn’t scrap those entirely, but for many centers, there is no link to the organization’s mission and vision, and what the center does to support it,” Reynolds says.

But just because you’ve always tracked certain metrics doesn’t mean that it makes sense to continue doing so. Reynolds recommends rethinking your metrics at least once a year. “Start with a clean slate and ask yourself what’s most important, what does it look like when done well, and how will you measure it? Sometimes starting from scratch is really what’s needed.”

Contact centers too often focus on just the scores and numbers, she says. “But what are the behaviors that will drive those numbers differently? What does it look and sound like on a single call by a single individual? How do you capture and measure that? Some measures are not going to be easy to get, but it’s worthwhile spending some time rethinking those.” 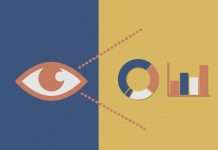 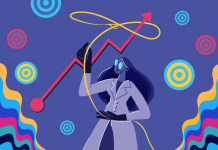 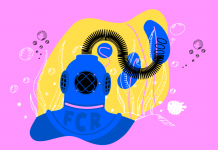 Taking a Deep Dive into FCR