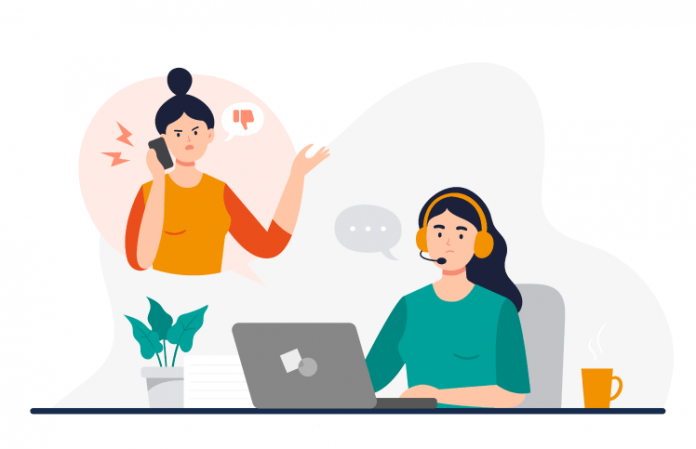 We live in a challenging, high-stress time that has become known as the new normal.

Unfortunately, it has led too often to frayed tempers, rudeness, and a lack of respect. All of which collide in the contact center, resulting in caller and agent frustration and dissatisfaction.

There is no excuse for such behavior, by anyone. We all have to get along in this world.

Here is an account of the experiences of two call center agents, whom I call Sabrina and Lenny, one where the customer and the other where the agent was at fault. And how these matters were handled in the hopes that future similar issues can be avoided or minimized.

The call center team lead reached out to me and wanted to know why Sabrina was in generic mode and was not ready for over 12 minutes. (Generic mode refers to when an agent goes to not ready on the soft phone but doesn’t select a code such as lunch or scheduled break).

So, I reached out to Sabrina and found out that she had a horrible call. She told me that her caller used a racial slur followed by several waves of abuse before disconnecting the call.

…the new normal…has led too often to frayed tempers, rudeness, and a lack of respect.

The agent was in shock and was trying to collect herself from the previous call. At that moment, my conversation took a turn where I asked the agent to change her phone code and take another 15 minutes, take a walk around, and let me know if she would like to talk when she returned from the break.

I informed the team lead and call center supervisor about what had happened, and both decided to reach out to Sabrina to see if she needed anything and talk her through this situation.

Sabrina called me on Teams as soon as she returned from break, and I just listened to her, consoled her, and asked if I could check back with her at the end of the week. However, if she wanted to talk before that, we could do so.

I followed up with an email that outlined what we discussed that listed several resources, such as the company’s employee assistance program (EAP) and the call center’s disconnect policy, which she wasn’t aware of.

We ended up listening to the call, which was quite nerve-chilling towards the end of it.

From what I heard, the caller wanted Sabrina to reprocess a denied medical claim and pay it. The caller knew that this was an unreasonable request since it seemed that they had called in a few minutes before speaking to her.

The previous agent provided the reason for the claim’s denial, and so did Sabrina, but this time the caller took their frustration out on Sabrina.

We escalated the call to the provider’s field representative, who would reach out to their office manager for additional education.

Here are some of the things I used to assist with the above situation:

I recall receiving a call to listen to from the call center team lead in a different situation. It was an agent on my team.

The call was quite challenging to listen to, the caller was courteous and patient, but the agent was the opposite.

I recall listening to the agent at one point yelling at the caller, and then another where the agent snapped at the caller because he asked her to repeat herself.

I’ve thought this agent, Lenny, to be professional, polite, and customer-oriented. I also knew that she was going through some challenges at home.

But with this call, I wasn’t sure if this was the same agent I had known for over three years.

So, I decided to set up a meeting and Lenny accepted the invite.

At 2:15 pm, I join the meeting, and so does the agent. I tried to remind her about the call and requested her permission to play the call recording. At this point, she asked me if she needed to listen to the call, and I said that I would prefer that you listen to the call so we could identify what transpired.

I play the call, and Lenny breaks down crying after the call. She felt embarrassed about her conduct with the caller and apologized profusely.

She stated that she had some challenges with several things, such as her car having mechanical issues and not having the money to pay for the repairs, and not getting much sleep the previous night since she was worried. Also, the last caller before this call was rude to her and she was tired of going through the same thing again.

I told Lenny, “I understand that you’ve got several challenges, and I appreciate your efforts to come into work and help us with calls. I also apologize for how you were treated on the last call, and yet I feel that the call we listened to, that caller didn’t deserve to be provided the level of customer service delivered.”

I paused and then continued, “What can we do to prevent this from happening again? I believe that this call doesn’t define you, and I know you can do much better.”

I stopped talking and allowed Lenny to speak. She mentioned she:

I asked Lenny if she could find some positive quotes and place them close to her computer monitor, something that would allow her to get through challenges with a positive outlook. She said she had the perfect quote on Facebook that seemed to resonate with her and knew where to place the quote.

I also asked her what she does on her breaks, and she said that she sits at her desk eating snacks or looking through emails and chats. I requested that she leave her desk during breaks and lunch and go for a quick walk or something that gets her to move away from her computer.

And as usual, I followed up with an email stating that this was a documented coaching. I also summarized what took place during this discussion.

I followed up with Lenny a few days later and discovered that she was able to find someone to fix her car for less than what the auto shop was charging.

There’s that saying that no man can live like an island, and though the COVID-19 pandemic has created new opportunities, it has caused us to be alone with our thoughts.

If those thoughts are optimistic, they can lift us to new heights, but when they are pessimistic they can take us to unimaginable lows, causing us to say and do things to ourselves and to others that we wouldn’t do if we were thinking rationally. 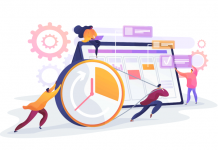 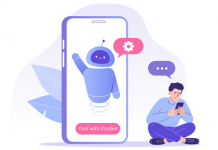 Rise of the Chatbots 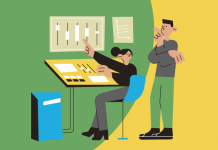 I’m seeing contact center trends change, and how could...

The New Year’s message has as its core, promises...