By 2025, millennials will make up three-quarters of the global workforce. You have to give this generation their due for forging change in the work environment. Increased collaboration, leadership transparency, real-time feedback, employee growth and development—these are some of the developments that can be tied to millennials’ workplace preferences.

More recently, the need for better work-life balance is being heard in call centers where business requirements often call for agents to adhere to rigid work hours and regimented break schedules. To be clear, it’s not just the millennials that value flexibility. A Gallup study found that over half of employees would switch to a job that allows them flextime, and that benefits like flexible scheduling and the ability to work from home play a major role in an employee’s decision to take a job or quit one.

Many have already made that call and have opted for work that offers more control over their schedules. The growing gig economy has provided that opportunity. On-demand workers now make up about 34% of the workforce, according to financial software company Intuit, which estimates the gig economy workforce to grow to 43% by 2020. Larry Schwartz, a strategic business consultant with NICE, has been following the growth of the gig economy for several years. He figures that it already has siphoned off about 50% of the traditional labor pool for contact centers. As the co-founder and former CEO of WorkFlex Solutions, which was acquired by NICE last October, Schwartz has spent years researching the impact of schedule flexibility on agent engagement and performance.

Research released by WorkFlex Solutions and the SWPP in November 2016 put a dollar figure to the value of scheduling flexibility: 33% of participants said that their agents would accept an average pay cut of 2.5% in return for schedule-change empowerment. “If you consider that the average wage of an agent was $15.25 at that time, then one-third of companies were saying that their agents would be willing to write a check for $60 a month to their own companies if they could have more scheduling flexibility,” says Schwartz.

The evidence has been clear within the contact center operation for some time. “Schedule preference is a key source of job satisfaction, and for many agents, their schedule is a higher priority than pay rate or time-off benefits,” states workforce management expert and Pipeline columnist Tiffany LaReau. “I’ve seen agents willingly choose to work less favorable skills and more difficult caller groups in exchange for a closer match to their schedule preference. I’ve also seen agents quit and take a lesser-paying job because the hours were better. The schedule is the fulcrum in the work-life balance scale, and the scheduling process deserves a maximum amount of care and consideration.” (Read an excerpt from LaReau’s new ebook, “Diary of a Workforce Manager.”)

While your choices for implementing scheduling flexibility will depend upon your WFM software, the good news is that today’s solutions include mobile tools that allow agents to self-manage part of the process, such as requesting schedule changes, swapping shifts, adding or removing hours, accessing dashboards and more. (Stay tuned: We will be reviewing self-service mobile apps for agents in May.) But software aside, let’s explore some ways to add more flexibility to your agents’ schedules and help them to achieve a better work-life balance.

What types of flexibility options do agents value? I had a chance to pose that question to a long-time workforce planner from the insurance industry. The following are the most popular ones that her company offers, and a few that are being implemented:

ADDING FLEXIBILITY TO BREAKS AND LUNCHES

As a workforce management analyst at Navy Federal Credit Union, Jeff Bretana is always looking for ways to help agents with work-life balance. “We were thinking about the shifts, as most people do, but then I saw breaks as an opportunity—offering agents the ability to take time in their workday, as needed,” he says.

“Our standard break option is the 15-30-15. We always offered an alternative 45-minute lunch with a 15-minute break that occurs either before or afterward,” he explains. “However, we started offering new options a few years ago and quickly noticed that three were the most popular: a 30-minute lunch with three 10-minute breaks; a 15-60-15 that requires you to work 30 minutes longer; and a 15-15 that has no specific lunch break and allows you to work 30 minutes less. While we had a few other options in between, these three were hands-down the most popular for a variety of reasons:

Adding a variety of break options improved adherence, he says. In addition, there was a higher uptake in the longer-duration shifts when agents had more unique break options.

When introducing more flexibility into agents’ workdays, Bretana recommends starting small with a phased rollout. Survey your agents to determine what types of options they want.

“Don’t introduce anything too radical,” he says. “Go with what’s going to get the most bang for your buck—the ones that are going to get more attention.”

Editor’s note: Jeff Bretana will be sharing ideas for adding flexibility to the work day as part of a panel discussion at SWPP’s 2018 Annual Conference in Nashville (June 4-6, 2018). 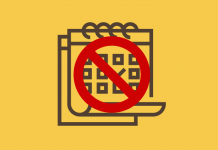 What to Do When Everyone Hates Their Schedules

How to Improve Scheduling Practices