MULTICHANNEL EVALUATION
One of the biggest growth areas, Snedeker says, is the expansion from traditional telephony evaluations to incorporate additional types of contacts, including email, instant messages, video chat and others. “Every interaction with a customer is equally important, and they need to be evaluated as such,” he says. “Rather than conducting traditional quality evaluations that focus solely on telephony interactions, leading-edge centers evaluate every single interaction equally and consistently, which leads to greater agent buy-in for the core QM process.”

INTERACTIVE QUALITY SCORING
While interactive quality scoring is not new, more flexible QM tools have increased its efficiency, as well as both agent and supervisor satisfaction with the process. The traditional view of interactive quality scoring is a face-to-face coaching session between an agent and supervisor. “The problem is that it’s not a very efficient use of anybody’s time,” Snedeker explains. “Coaching does not need to be real-time to be effective. Requiring supervisors and agents to be in the same room at the same time is inefficient and less effective, because it’s limiting. If you put a supervisor and an agent in a room together for 15 to 30 minutes, they might have time to go over one or two calls.”

A more effective approach is to give agents and supervisors the ability to communicate with each other offline, he says. For instance, Calabrio’s Quality Management tool allows supervisors to evaluate and score calls on their own time, and make comments within those evaluations. Once the calls are scored, agents can access them at their leisure or at a scheduled time and review the supervisor’s comments. They can then add their own comments. “It’s a back-and-forth conversation between the supervisor and the agent without having to worry about conflicting schedules,” he says. “From a quality perspective, providing agents with the ability to review every evaluation at their own time and pace is an incredibly powerful tool.”

AGENT SELF-EVALUATION
A third trend that leading-edge contact centers are embracing is agent self-evaluation. “We have found that the agents are uniquely suited to provide deep call analysis,” Snedeker says. “They can provide additional insight into what they were thinking during the contact. It is incredibly helpful to understand, not only what you were doing, but why you did it.”

Snedeker points out that agents are always their harshest critics, and are much more critical about their performance than a supervisor would be—which makes the performance review much more impactful. “The insights that you have into your own behavior are more liable to stick than somebody else telling you something that you need to improve,” he notes.

A hidden benefit of agent self-evaluation is that it helps to improve agent-supervisor relationships. Rather than being cast as the critic, supervisors become the agent’s supporter, offering encouragement to soften any negative self-analysis and providing guidance for improvement.

TRANSPARENCY
Transparency is critical to agent empowerment—not only visibility into the metrics that agents need to do their jobs, but into the overall process and business goals. “Giving agents visibility into their own performance metrics makes them an active participant in the process,” Snedeker says. “The reporting doesn’t need to be deep or complicated, it just needs to be easy to use and show momentum—whether it’s positive or negative. Simple trending reports can give agents insight into how they’re doing.”

The review of those performance metrics should be a natural part of an agent’s day, he adds. For instance, when an agent logs in, they can be presented with a dashboard display of their performance compared to their team’s performance.

To ensure frontline buy-in to key metrics, it’s important to give agents visibility into the reasoning and logic behind the business processes. “Agents don’t need to know the minutia, but giving them a few key points as to why these things are important gives them a sense of ownership,” Snedeker says. For example, a simple explanation about why a specific greeting must be used consistently might be: “Our research has found that our corporate greeting puts customers at ease as soon as their call is answered because they know that they’re talking to the right organization.”

Transparency about metrics and goals has the power to influence behavioral changes that positively impact performance. “If your agents don’t have a sense of ownership in the quality process, you’re not going to see any momentum because the agents are not going to change their behavior,” Snedeker says. 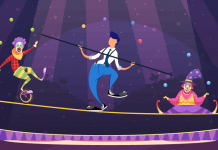 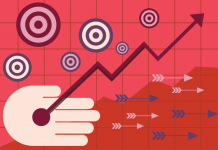 The Latest Trends in Quality Assurance 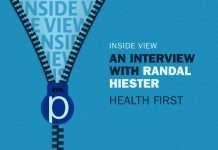 Inside View: An Interview with Randal Hiester, Health First