Mention the word texting in a B-to-C context, and most people think of automated alerts. Some text alerts allow for a basic level of two-way interaction (e.g., an appointment reminder alert that asks the receiver to reply Y to confirm or N to cancel). But if the customer needs to do something more complex, like reschedule the appointment, he or she typically would be instructed to call to speak to an agent. Besides the inconvenience, forcing customers to abandon their channel of choice diminishes their overall satisfaction with the experience, while switching from a text-based interaction to live-agent increases costs for the business.

Imagine instead that the customer receives an automated text message with a reminder for an appointment. The customer replies to the text with: “Something has come up and I can’t make my appointment on Thursday. Can I move it to next week?” The agent responds: “Absolutely! Would next Tuesday suit you? We have openings in the morning and afternoon.”

The customer is now engaged in text-based interaction that allows him to quickly and effortlessly ask questions, get answers and complete his transaction in a manner that is similar to a live-agent conversation, but at a much lower cost for the company. (The cost of a text conversation with a customer is about 25% the cost of a phone conversation, says Meredith Flynn-Ripley, CEO of HeyWire.)

Once a company’s toll-free or main service phone number has been text-enabled, getting customers to use text is as simple as promoting the text option wherever the company’s phone number is displayed. Rich Weborg, CEO of OneReach, says that once a business launches SMS, it quickly sees 10% to 40% of its inbound call volume deflected to text messaging.

When considering how text messaging fits into your service strategy, be sure to think about how it will integrate with your other channels—especially voice, advises Weborg. “You need the ability to roll over to a live agent, because the customer is going to expect that at some point—for instance, if they’re having a bad experience or having difficulty with the ITR (interactive text response) system,” he says.

Practical pointer: Because consumers view texting as similar to a phone call, they expect a quick response. Flynn-Ripley advises using an automated message to immediately acknowledge that the customer has texted your number and that an agent will be with them shortly. “We also recommend that, when you end a session, include a link to a survey or a coupon to turn it into conversational feedback or a sale right on the mobile device,” she adds. 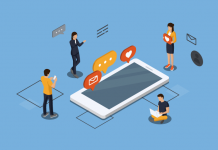 Texting Takeover: How to Integrate SMS, Whatsapp and Apple Business Chat into Your Contact Center 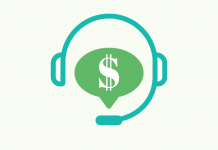 Talk Is Cheap… Or Is It?

Quick Tip: One Word That Infuriates Customers (and You Use It Everyday)

Apologies Are Great. But Actions Are Needed.

When the customer experience (CX) fails, both the product...