On a single night in 2017, 553,742 people were experiencing homelessness in the United States, according to the Department of Housing and Urban Development. Millions more live on the brink every day—one life event away from losing income, housing or both. For those who have experienced it, what often starts off as a temporary hiccup can spiral into a seemingly inescapable cycle of poverty and homelessness.

Getting off the street and into permanent housing requires a livable salary, but in many cities, minimum wage jobs simply cannot cover the cost of rent, food and basic needs. Yet even low-paying jobs are often out of reach for the homeless who face multiple barriers to employment—not the least of which is the stigma attached to their situation. In many cases, just uttering the word can instantly shut down a job interview.

Most advocates agree that a more holistic approach is needed to help people make the transition from homelessness back into the community. Take, for instance, San Antonio’s Haven for Hope, a nonprofit organization whose mission is to transform the lives of the homeless by addressing the root causes. Haven for Hope offers a safe sleeping shelter as well as a Transformational Campus that provides housing, education, job training and behavioral health services to help individuals experiencing homelessness transition into permanent employment and housing.

So where do call centers fit into the solution?

In early 2015, Mark Carmona, then president and CEO of Haven for Hope, met with call center industry veterans Tim Handren and Tim Montgomery to tour Culture.Service.Growth. (CSG), a BPO call center that the pair had launched in 2010. Although relatively new at the time, CSG already had established a reputation for its people-centric culture. Carmona’s aim was to learn more about the call center business model to evaluate whether it could be a practical business for Haven—one that would create jobs for its members and bring in revenue to help fund the campus and programs.

Handren and Montgomery advised against it. Launching a call center would require a considerable amount of resources, they pointed out, and without the right type of credentials and industry background, it could be difficult for Haven to generate new clients. But they wanted to help out, so they offered to extend CSG’s operation to the Haven campus and employ its members. Carmona agreed and, 30 minutes later, the three had mapped out a partnership model. “It happened quickly,” Handren recalls. “In less than 60 days, we had a classroom on the Haven campus converted into our first CSG call center extension.”

The converted classroom on the Haven campus seated 12 agents, and acted as an incubator for the permanent facility to follow. Working out the hiring and staffing practices was a collaborative process for both partners. The CSG human resources team made regular trips to the campus to work with Haven’s employment team, and Haven’s team spent time at the call center to learn about the environment.

The hiring process was twofold: Potential candidates were vetted by Haven’s employment team based on the program’s eligibility requirements. “We wanted to offer this opportunity to people who were motivated and who worked hard to go through the transformational process,” says Carmona. “Our employment staff worked closely with case management to identify individuals who were ready and who were interested in this type of work.”

Potential candidates then were required to undergo CSG’s hiring process. Standard background checks were applied, and the candidates had to pass the same review and interview process as all CSG employees.

Individuals who have experienced homelessness—and joblessness—for a long period often find it difficult to get back into the daily routine of being a member of the workforce. They have to adjust to a new timing structure, pick up the latest technical skills and learn how the workplace functions. To prepare job candidates for the transition, Haven for Hope provided employment skills training along with other types of support. “This is a population that isn’t necessarily ready to go to work,” Carmona explains. “Program members typically require phased-in training with levels of responsibility as they go through the transformation process.”

Regular communication between call center supervisors and Haven’s employment staff and case managers was critical—not only to maintain smooth operations within the call center, but to ensure that program participants were doing the work necessary to eventually leave the campus and move back into the community.

CSG’s call center supervisors attended a two-day orientation program to learn more about Haven for Hope’s program requirements. CSG also hired a current Haven member to be one of the site’s first supervisors—someone who was going through the same program as the frontline employees and understood the challenges that they faced, as well as what it took to be successful both at work and the program.

By late summer 2015, the call center was ready to expand from the incubator site into a permanent facility. Haven purchased a building adjacent to the campus, and local government and businesses stepped up to support the build-out by donating 100-seat workstations, cubicles and funding. As part of the partnership, CSG rented the call center space from Haven (ensuring a revenue stream) and committed to employing 90% of its agents from the Haven program.

The decision to move the center off campus was intentional, says Carmona. As part of the transition process, program members had to get up, get ready and walk to work every day. The members proved to be highly motivated to do it. “We had almost no issues with attendance,” says Handren.

“The Haven for Hope members who were hired for the call center turned out to be super performers because they felt like they had been given a gift,” Handren adds. Most of the local employers who considered hiring Haven program members offered only minimum wage jobs. However, the call center employees received the same pay rate as all CSG staff—which was almost 30% higher than minimum wage—as well as benefits like healthcare and a 401k plan. The ability to earn a living wage was instrumental in helping program members to make a successful transition. Of the initial 12-person team, 10 were able to move into independent off-campus living within six months of working at the center.

An important factor in the partnership’s success was the recognition by all involved that people experience homelessness due to a circumstance; it’s not a choice or a character defect. “We didn’t treat employees who were in the program any differently than the rest of our staff. They had the same hiring requirements, went through the same training program and handled the same work,” says Montgomery.

“They’re people, and as a call center, we’re in the people business,” says Handren. “Just because a person has gone through some type of life event that puts them in a homeless situation doesn’t mean that they are any different than the people we hire already.”

Carmona agrees: “We work with people who are experiencing homelessness. Homelessness doesn’t define them. Having a business partner who understands that mindset made a huge difference in the partnership’s success.”

A Look Back—and Ahead

In 2016, CSG was acquired by BPO and contact center service provider Qualfon, which currently operates the call center at the Haven facility and has continued the partnership with the nonprofit.

The three look back on the partnership they created as an important accomplishment—one that they believe can be applied in cities and communities across the United States.
It’s a model that benefits all parties:

The call center at Haven for Hope caught the attention of many government agencies and businesses (local and global) who expressed interest in touring the facility. “Communities and businesses are looking for this type of collaboration to address homelessness,” says Carmona. “Once they have a chance to see it, they support it. It’s a powerful idea, but where they struggle is how to get it done.”

Adds Handren, “With the right leadership in place, it’s a model that can be replicated in any city.”

To learn more about how a call center/nonprofit partnership model can work, contact Tim Montgomery and Tim Handren at Alamo Cloud Solutions. 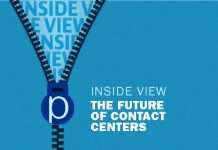 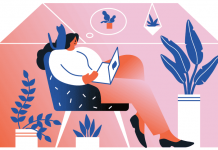 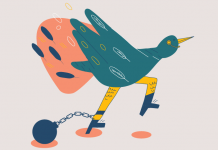